Valentine's day is almost upon us again so I am dedicating the next three weeks to creating a few different cards  in a variety of styles featuring some of the new Sizzix dies.This week I am showcasing a lovely little Thinlits set called Happy Home designed by Craft Asylum which makes a cute bird house, perfect for fresh, clean contemporary styles I've also used the Meadow Sweet paper pad from Craft Asylum which complements the die collection beautifully.

I began by die-cutting the main body of the bird house from the wood grain paper before using the heart die to cut an aperture in the centre. I then cut the trim for the roof and attached it to the birdhouse using adhesive foam pads before mounting onto a brown die-cut bird house to create a sense of dimension.

Once the house is assembled I used a craft knife to cut a strip of the wood grain paper to act as the pole on which the birdhouse stands. Next, I took the sheet of paper with the bird and branch printed on it before trimming to the size of my A6 white base card. I tore the sheet in half applied it to the top of the card onto which I had printed the legend 'make a little bird house in your soul' which was the title of a song released in 1989 by the American band They Might be Giants. it's such a cheery song and never fails to lift the spirits when it comes on the radio as it still does from time to time.

Before attaching the assembled birdhouse I used a pattern makers wheel to add a faux stitch effect around the edges which I adore as a finishing touch to many of my cards. 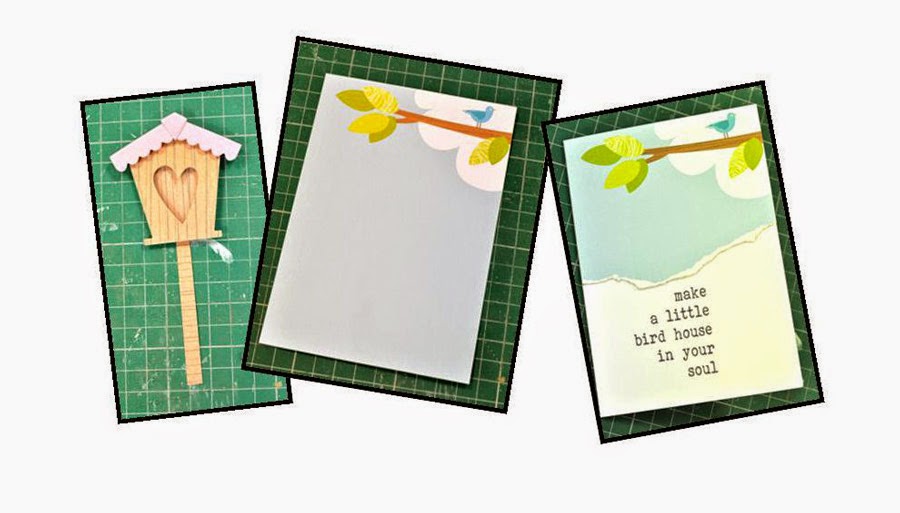 The last detail is provided by a double length of knotted twine. It's such a sweet little card and one that I would be more than happy to receive myself. i do hope you approve? 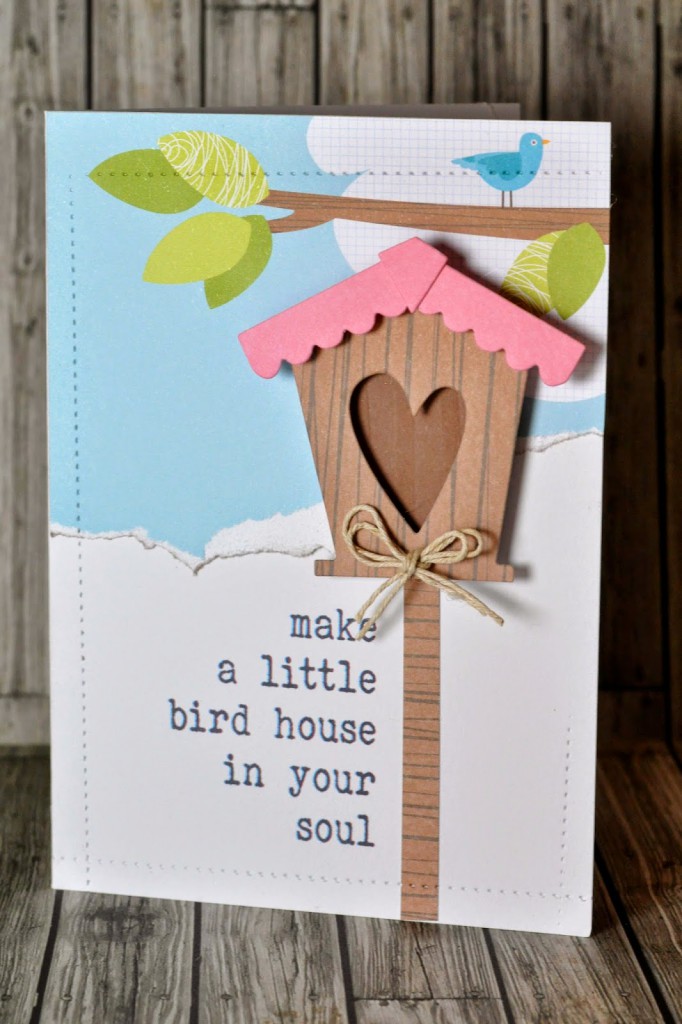