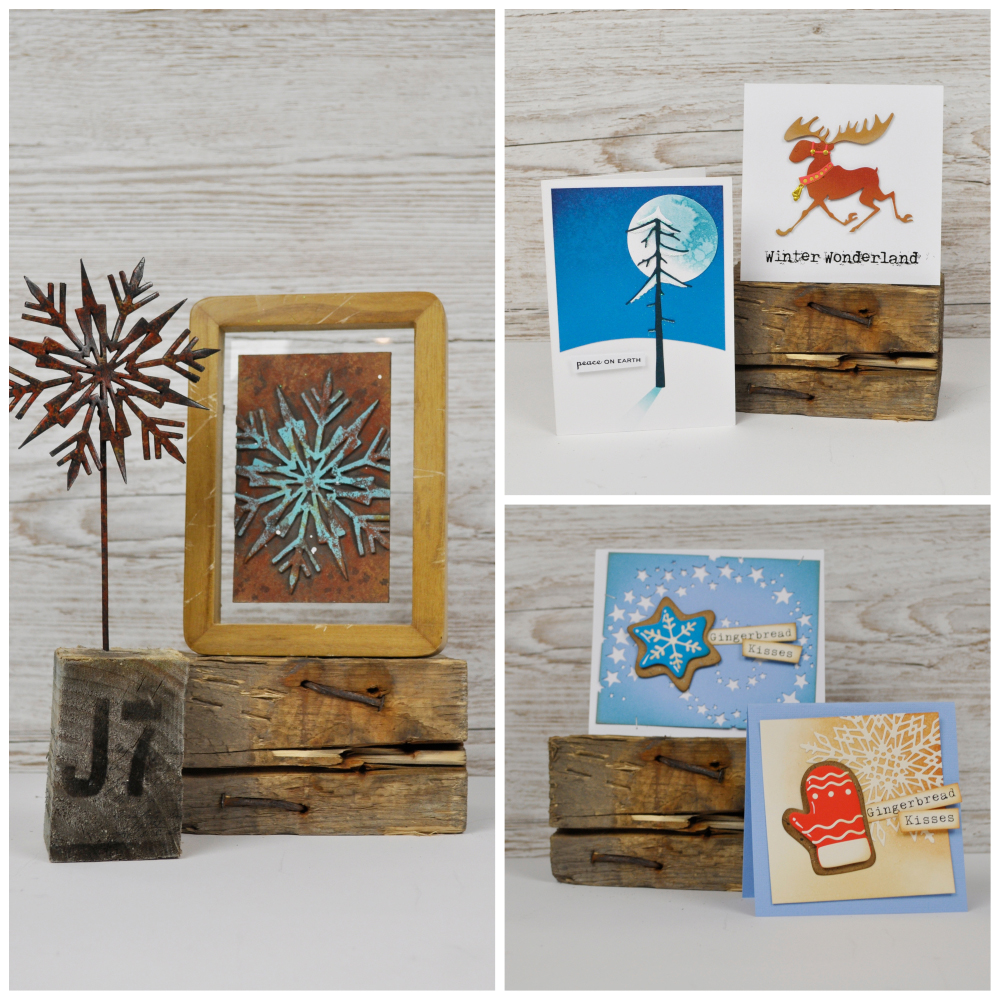 We had a great series of shows at Hochanda at the beginning of October to launch some of the new Tim Holtz Designs. We had lots of fun as usual as well as a great reponse from the Hochanda viewers. The title says Part 1 because we are back on your screens in a couple of weeks with the rest of the collection, the details of which are at the end of the blog. 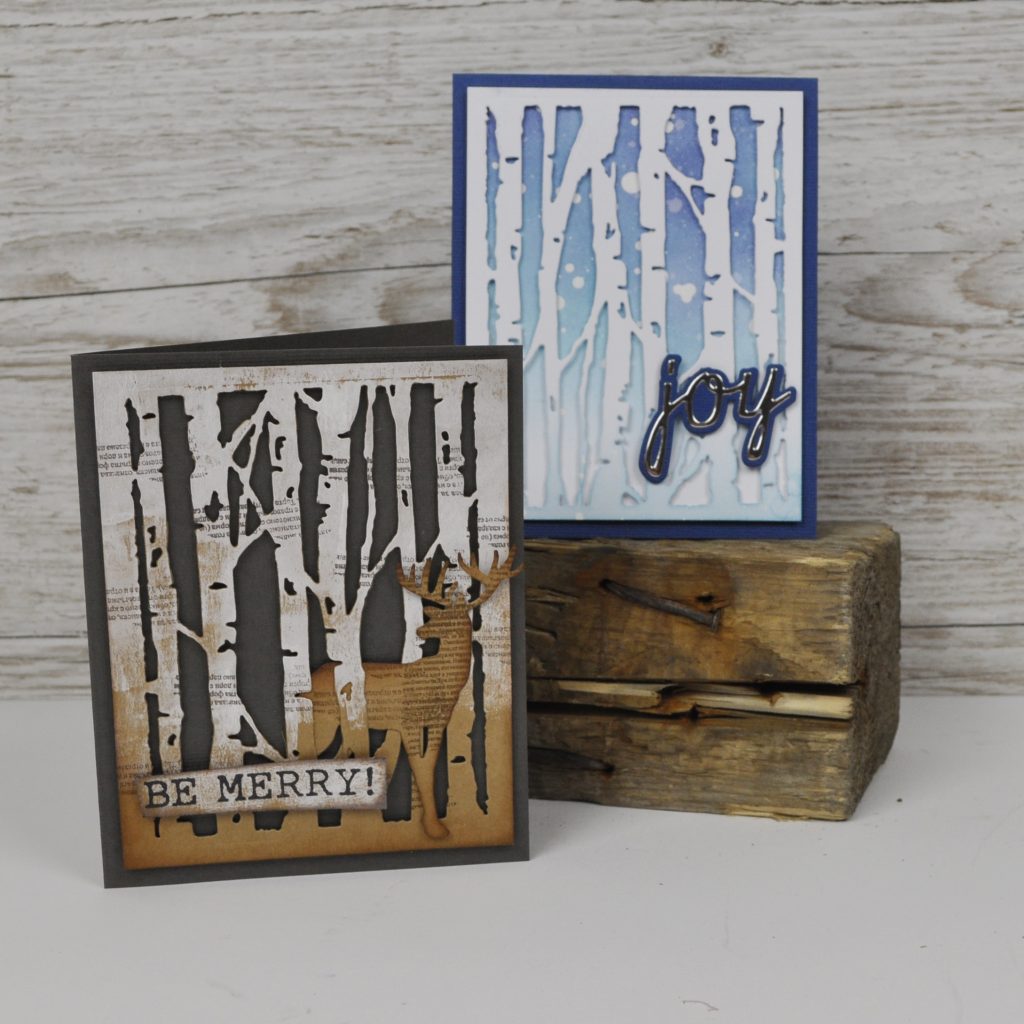 This is the second Birch die from Tim which sold out pretty quickly... I wonder why? 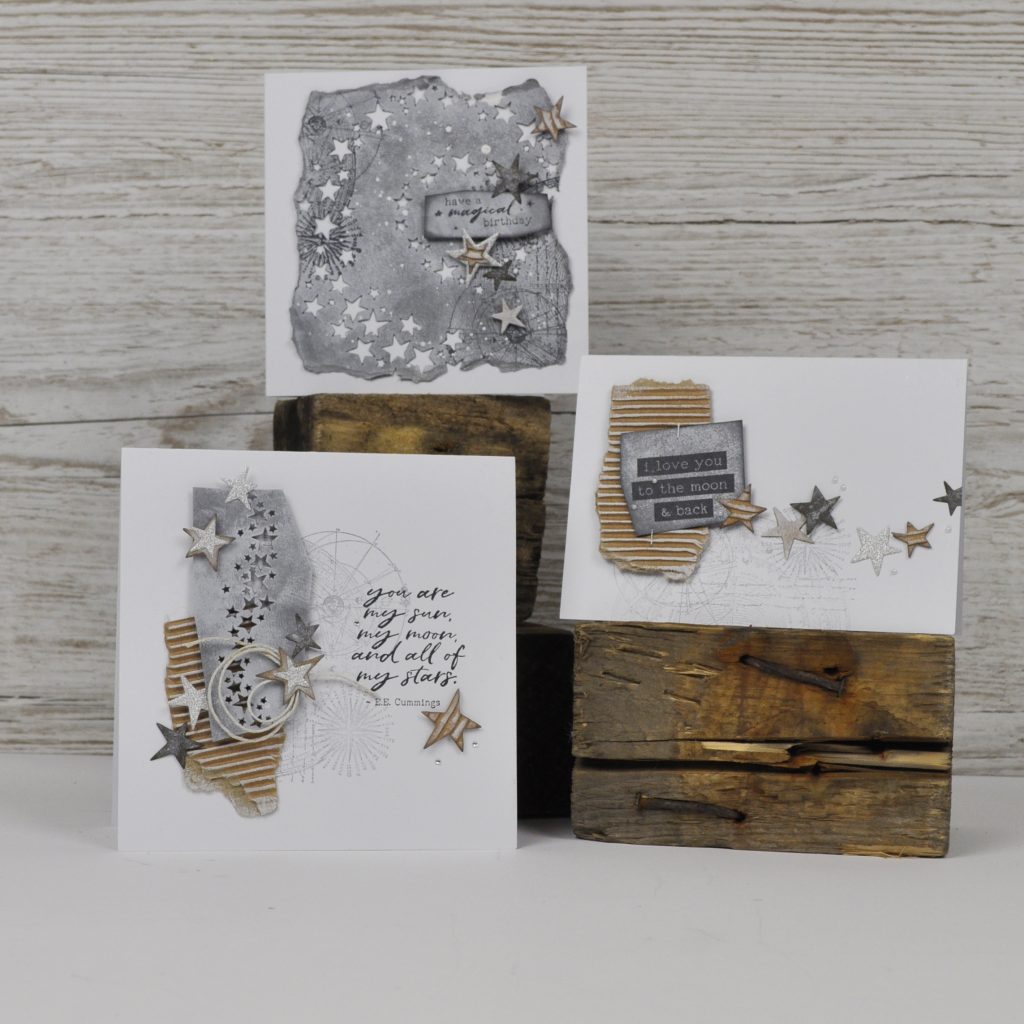 We saw these cards in a Vlog a couple of weeks back. they feature dies from the Swirling stars die set which was yet another sold out item. 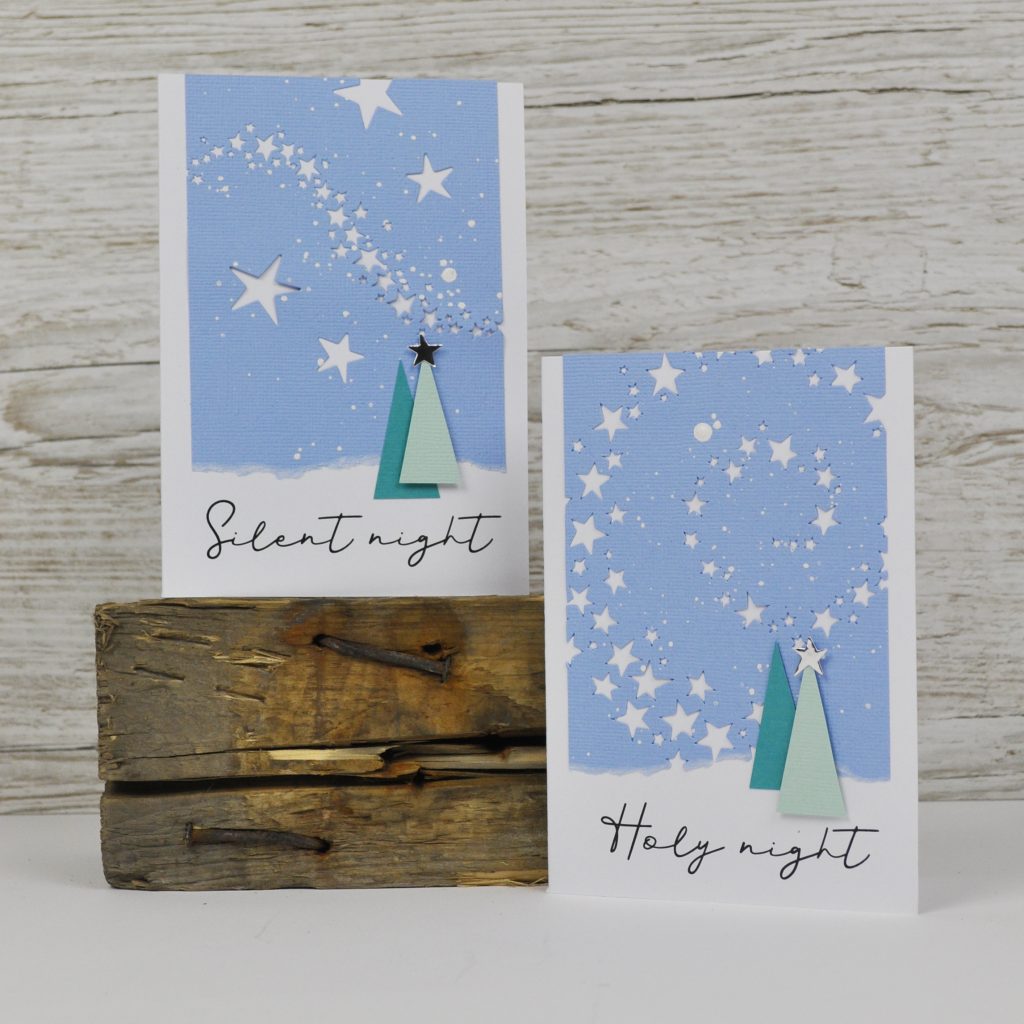 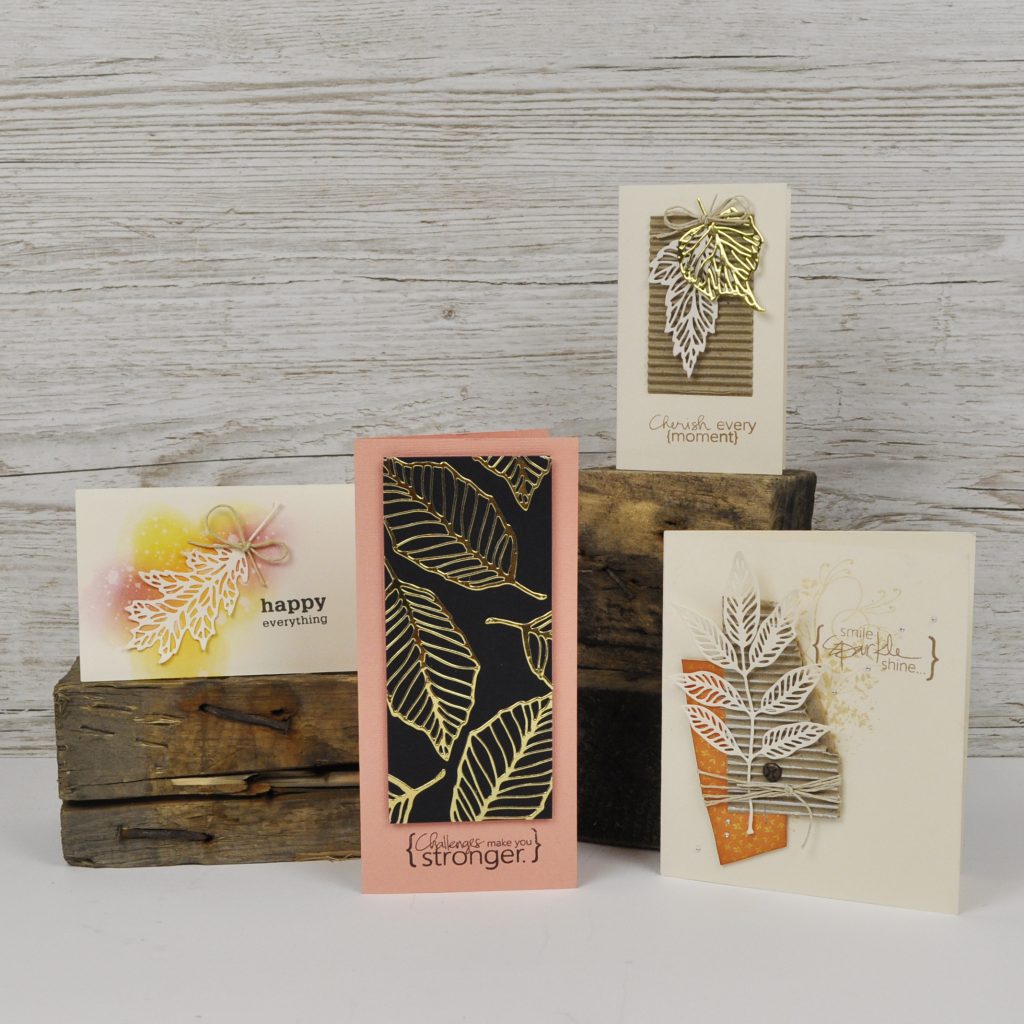 Another set featured on a recent blog and another sell out on the shows, this set was popular even before we started to demonstrate it and it's not hard to see why! 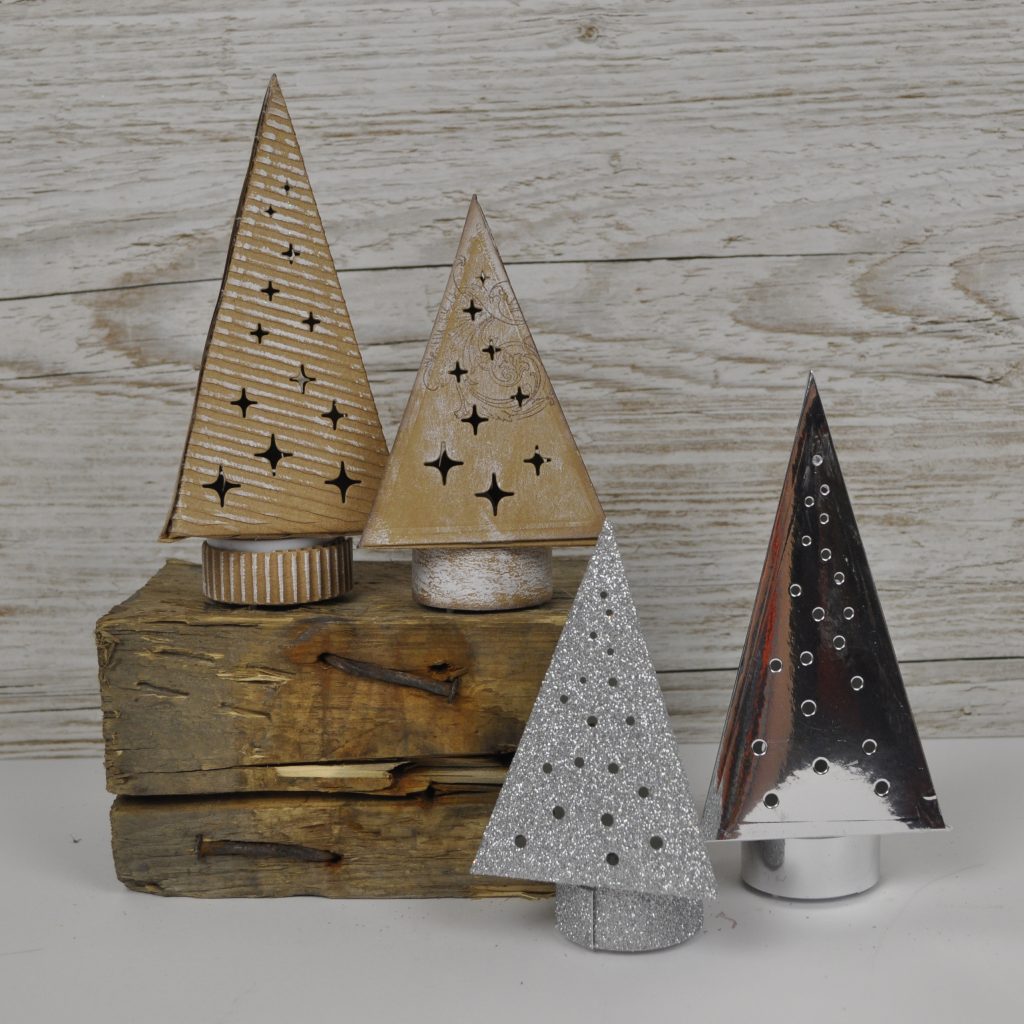 What a great idea, these little triangular boxes have a hole in the base to insert the battery operated tea light and there are three different dies to add detail to the sides. These will make great Christmas decor on your windowsill or fireplace casting a gentle flickering light on a cold December evening. 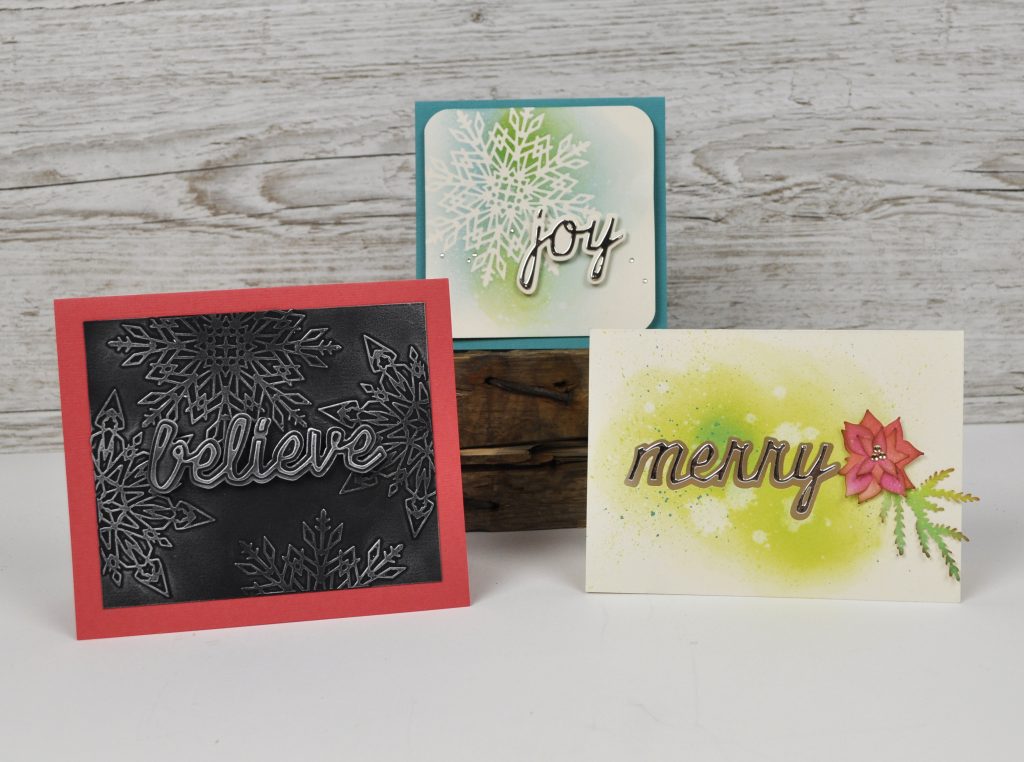 The latest addition to the Script family of dies which proved as popular as ever. I also used the two Flurry dies together with a few elements from The Funky Festive set on the 'Merry' card. 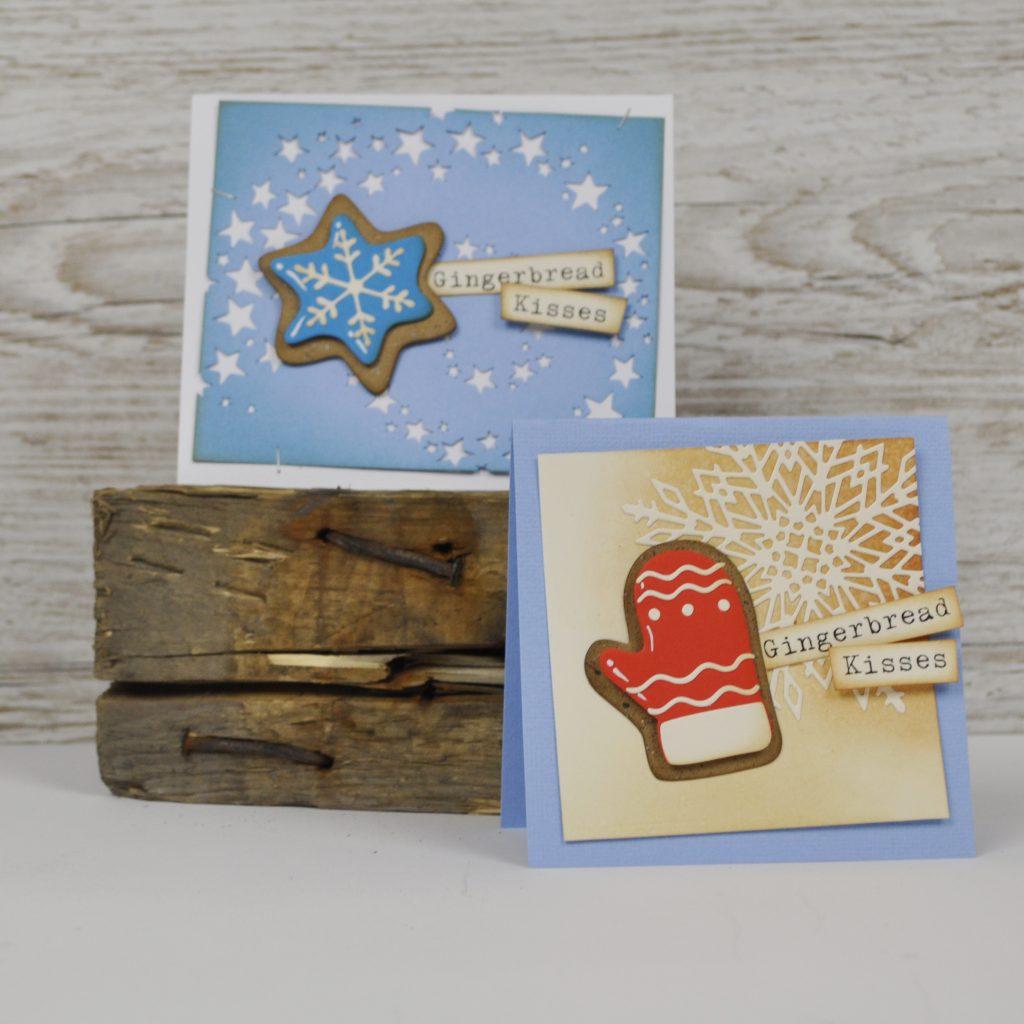 Here are two cards from the hugely popular Fresh Baked set (also featuring Swirling Stars and Flurry #2) I made many more cards which will feature in an upcoming Vlog post. 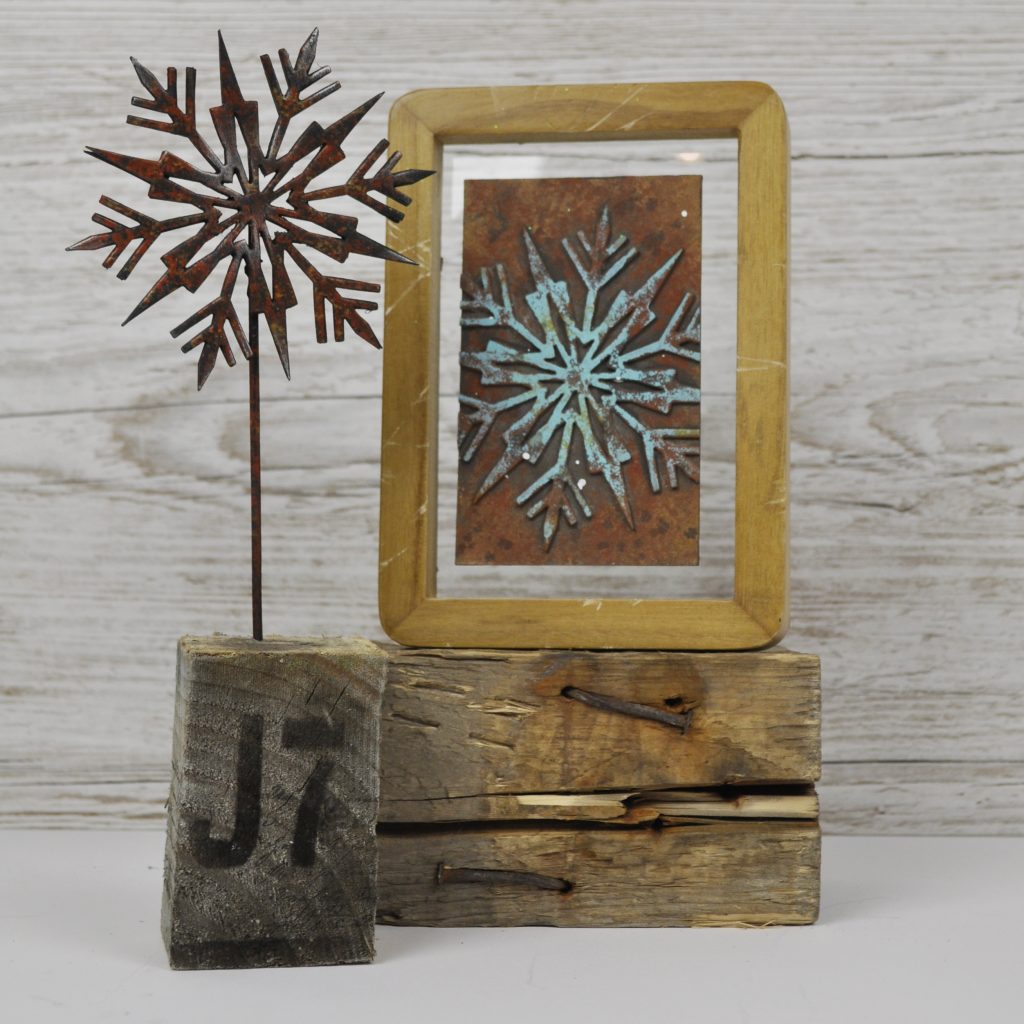 Both of these Ice Flakes were die-cut from Bubbalux plastic which holds its form beautifully making it ideal for Mixed Media and home decor makes. 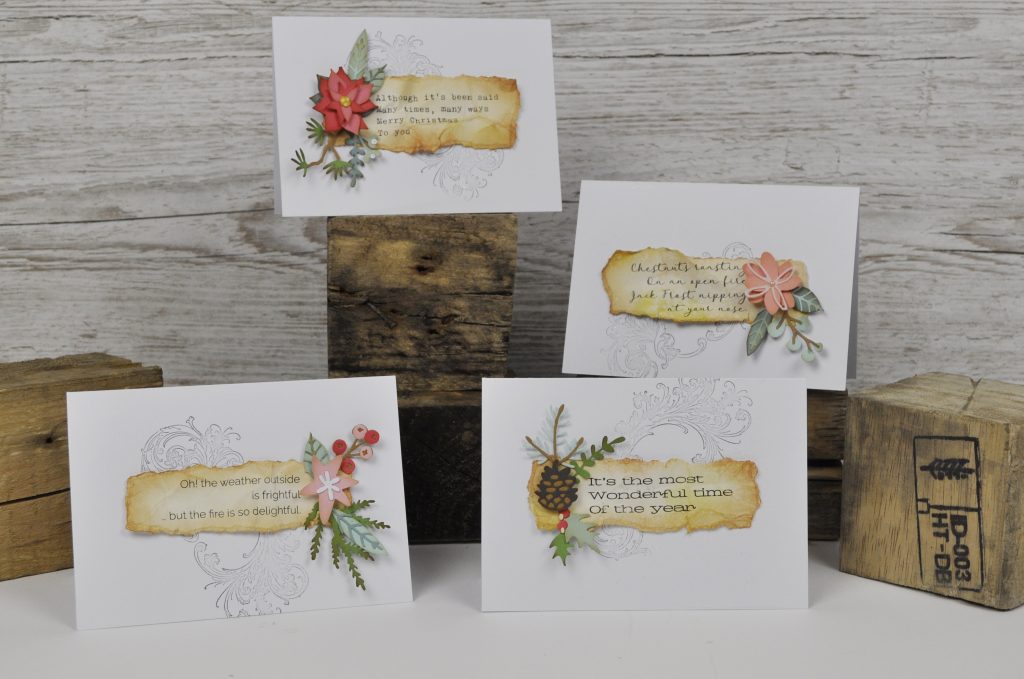 Another addition to Tim's Funky Florals range, Funky Festive is bursting with creative possibilities due to the sheer volume of fab floral and foliage dies in the set. 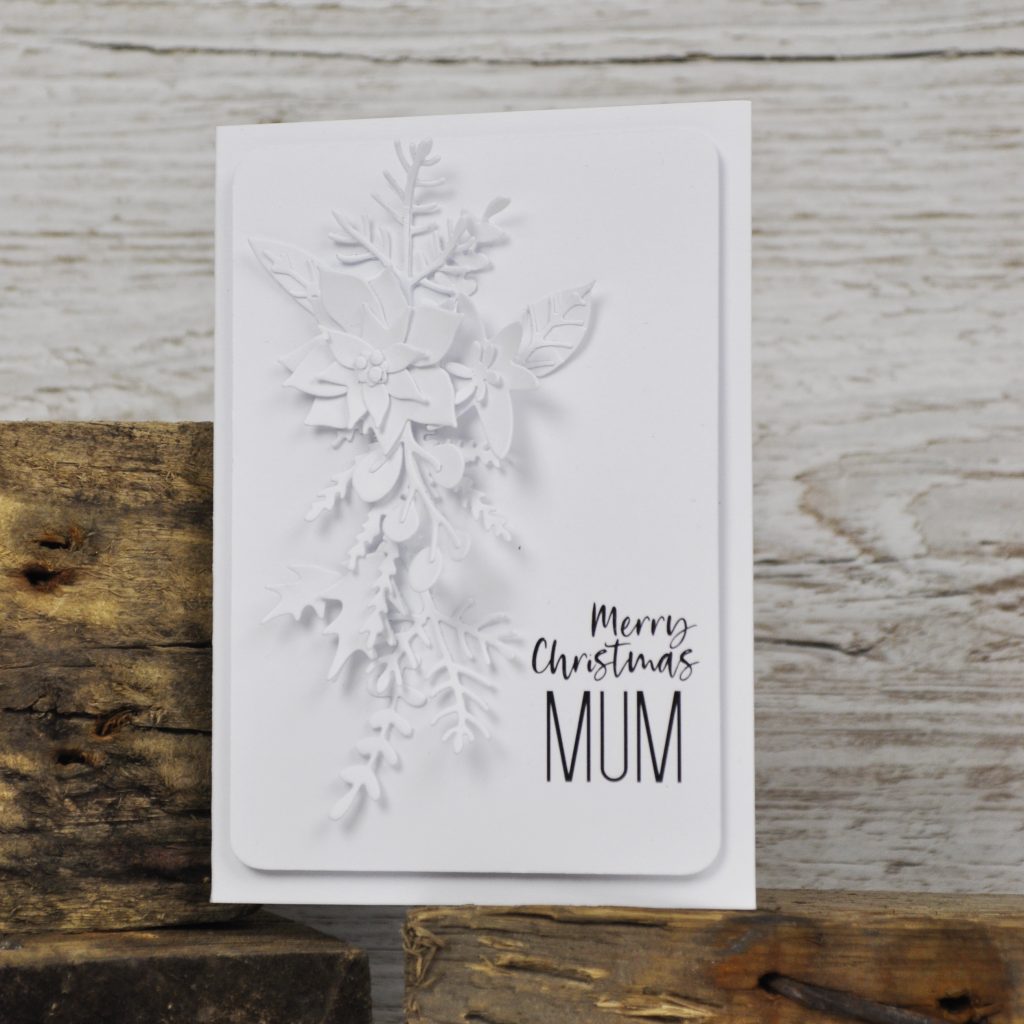 This time the Funky Florals in pure, clean white card. 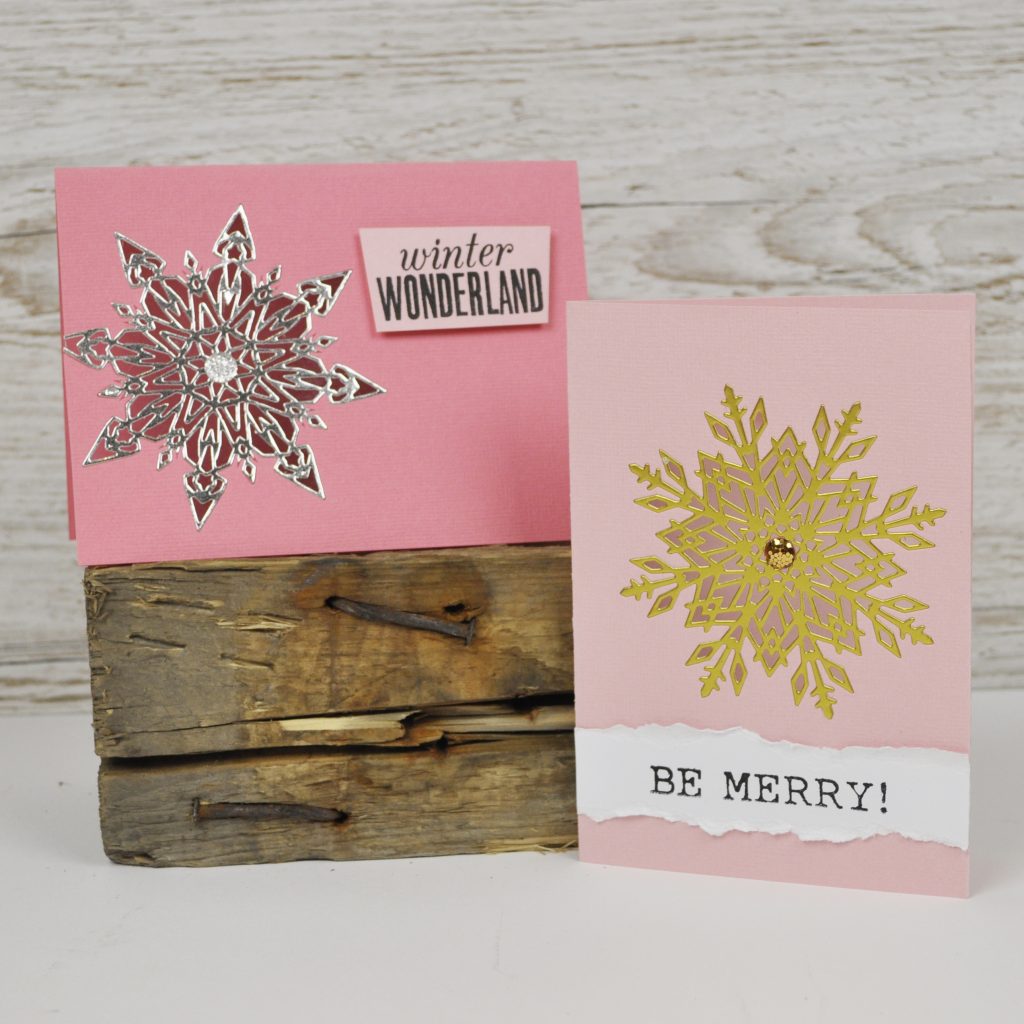 We saw the flurries used earlier but here they are in all their glory. 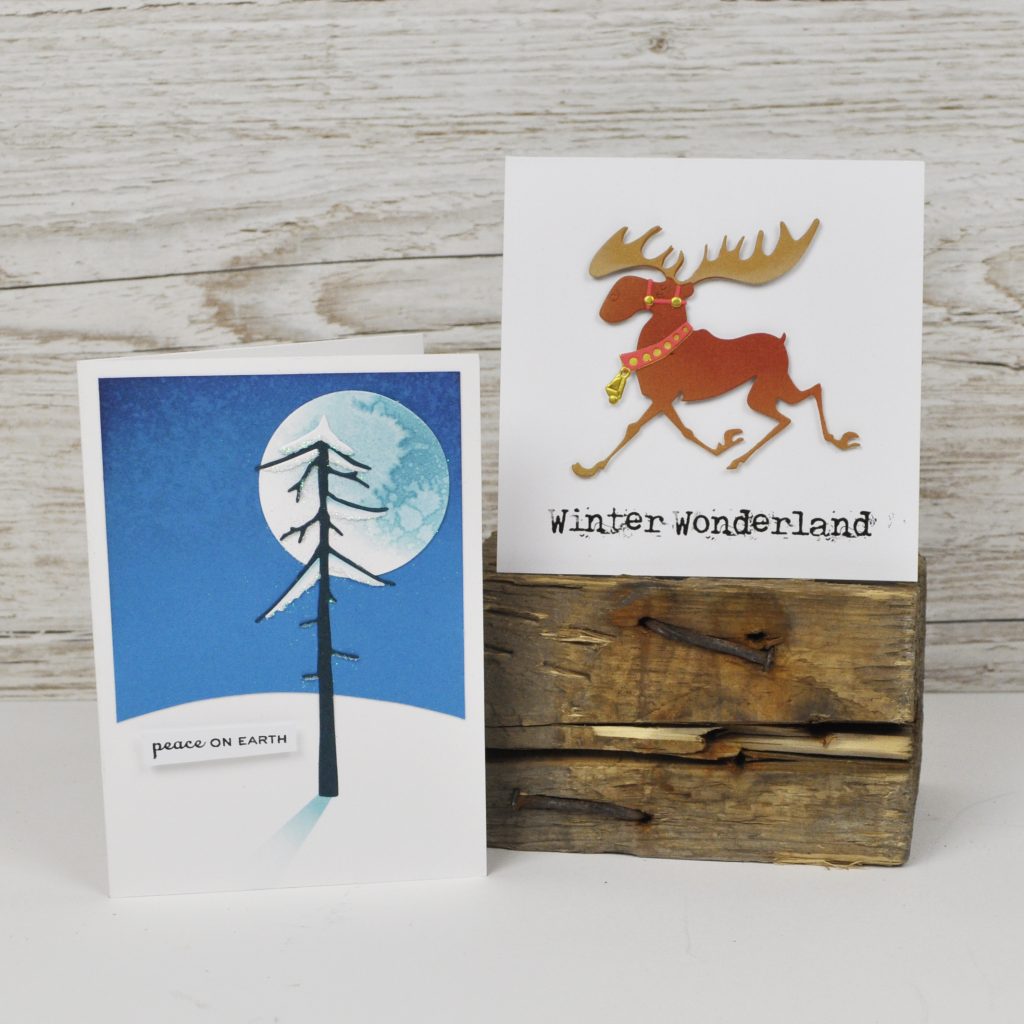 I have to say, the Merry Moose set stole the show. Everyone fell in love with this quirky character and the tree is just gorgeous. This die-set sold out half way through the first show so we managed to get some more stock and it sold out again... Amazing!

My next Hochanda shows featuring the rest of Tim's festive releases  are on the 29th (6pm and 8pm) and 30th (9am, 1pm and 5pm) October. I'm already exited and can't wait to start my prep work!

Thanks for stopping by, see you again soon